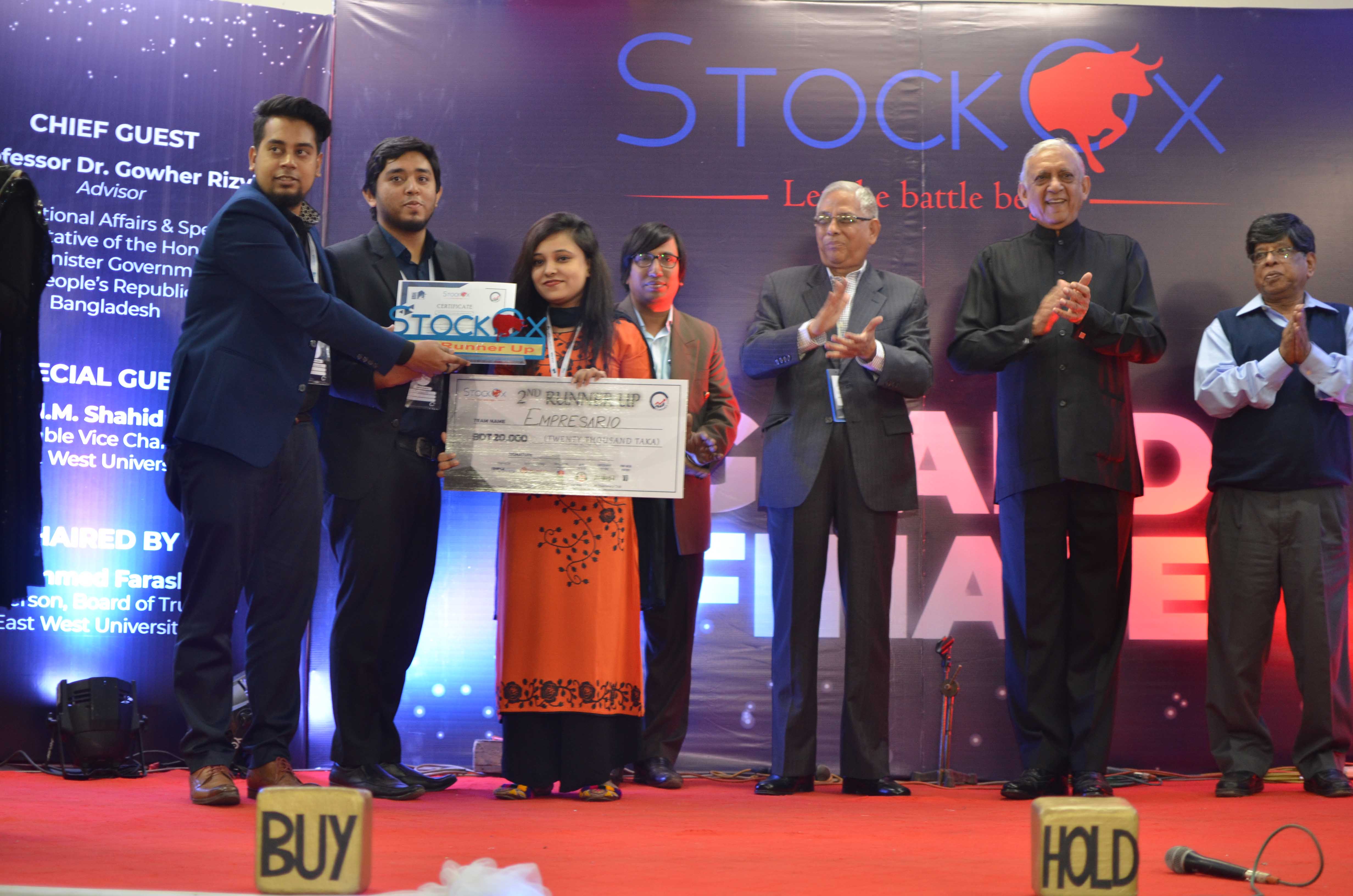 The Department of Economics and Economics Club of East West University arranged the first ever inter- university “Mock-Stock” competition in Bangladesh titled “StockOx-Let the Battle Begin”. The three long day competition comprises of a one-day long workshop, two days of stock mock competition followed by a grand finale. The competition was held from 4th December to 6th December, 2017. A total of 40 teams participated from 9 different universities from Bangladesh.

The grand finale of the competition held on 6th December, 2017 (Wednesday) at the university premises. The program was graced by Professor Dr. Gowher Rizvi, Honourable Advisor to the Prime Minister on International Affairs as the Chief Guest and Professor Dr. M M Shahidul Hassan, Vice- Chancellor of East West University as the Special Guest. The program was Chaired by Dr. Mohammed Farashuddin, Chairperson, Board of Trustees, East West University. The Grand Finale was also attended by the Dean of Faculty of Business and Economics, Dr. Tanbir Ahmed Chowdhury and other faculty members of the university.

The organizers firmly believe that “StockOx Competition” has been able to provide the future potential investors a kind of orientation they need before stepping into the real world of investment in capital market.

Department of Economics Organised a Webinar on COVID 19 Outbreak

EWU Seminar urges to reduction of unnecessary expenditure in National

Department of Economics arranges an International Conference on Busine
View All