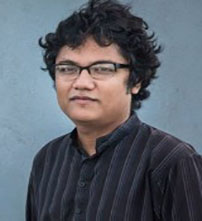 Faculty of Business and Economics

May-June 2010 :  Worked as an associate under lead consultant Md. Mesbah Uddin in the assessment of international development grant applications received under the South Asian Programme of Scottish Government’s International Development Fund for 2010-2011.

am interested to work in the fields of Public Policy, Macroeconomic Planning and Debt Sustainability Analysis. I have worked under the supervision of Dr. Ahsan Mansur, Dr. Sadik Ahmed and Dr. Bazlul Haque Khondker to prepare chapters five and eleven of Bangladesh Delta Plan 2100. My work primarily dealt with Macroeconomic stability in the face of environmental degradation and requisite investment for mitigation and adaptation purposes, in order to achieve accelerated economic growth and sustainable development. I am currently working with Policy Research Institute (PRI) to formulate the Perspective Plan (2020-2041) for the Government of Bangladesh, which focuses on economic development and macroeconomic stability to turn Bangladesh into a knowledge-based industrialized economy.