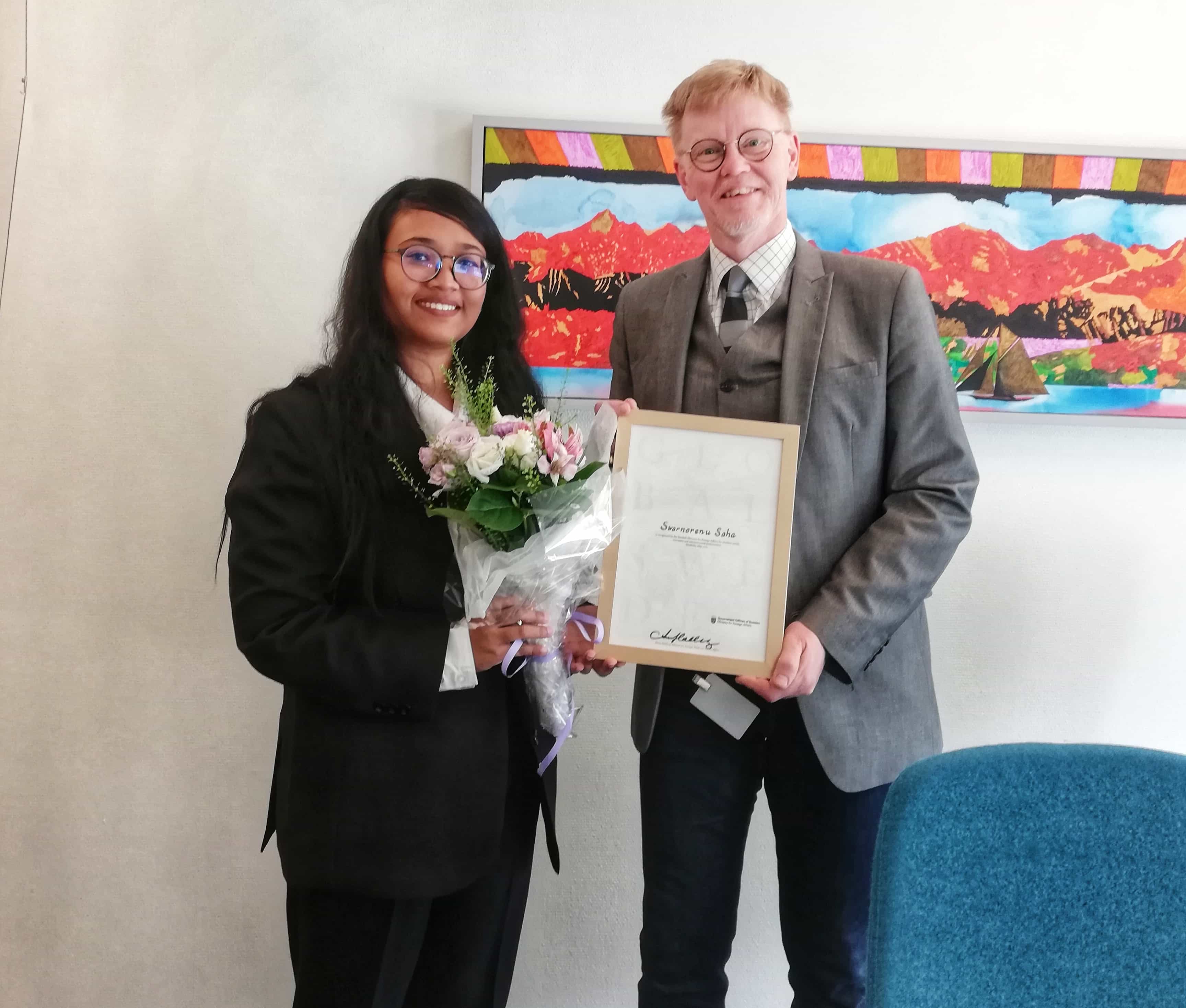 On Thursday, May 28, the Ministry of Foreign Affairs, in collaboration with the Swedish Institute, organized the diploma ceremony called Global Swede for the tenth year in a row. Swarnorenu Saha from East West University Bangladesh, who is studying a Master of Finance at University West, received a diploma from Minister for Foreign Trade and Nordic affairs Anna Hallberg.

During the digital ceremony Minister for Foreign Trade and Nordic affairs Anna Hallberg and Swedish Institute Director-General Madeleine Sjöstedt, payed attention to international students who have educated themselves in Sweden. Diplomas were awarded to some 20 students from 16 countries around the world. The students have excelled in areas linked to innovation and entrepreneurship and have proven to be good representatives of both Sweden and their own country.

The motivation to why University West, Sweden has nominated Swarnorenu Saha is as follows:

“Swarnorenu Saha has shown great academic results both at University West and from her home country of Bangladesh. Her ability to adopt the Swedish system and culture, especially her strong commitment to Development issues and Community work in her home country along with her profound interest in the Finance Analysis subject makes her a Great candidate for the Global Sweden award. ”