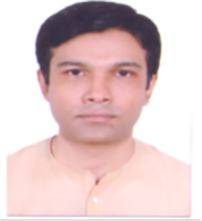 Faculty of Business and Economics

S.S.M. Sadrul Huda PhD, is as an Assistant Professor, in the Department of Business Administration of East West University. He published a good number of research articles in different national and international peer reviewed journals, two books and participated in many workshop/conferences. He has been teaching Leadership course for many years to the undergraduate students. His has diverse research agenda which includes leadership, employee organizational conflict, empowerment, work-family conflict, customer satisfaction, gender, etc. He was awarded a fellowship by the Government of Japan to carry out a research on Work-life issues on Japanese executives in 2013. He has won research grant from EWU Center of Research and Training (CRT) for conducting academic research.  He has participated in the International Conference on Bangladesh organized by Ash Institute of Kennedy School of Governance, BDI and BBDF, which was held at Harvard University. He was awarded travel grant by American Center to attend the seminar. He was also nominated for a workshop on sustainable tourism organized by WICE, The Netherlands and funded by Dutch Government Fellowship program which was held at Vietnam in 2009. He has completed hid Phd from Malaysia in 2016. He received his MSc from of Wageningen University, the Netherlands and Bachelors from North South University, Dhaka. He has been actively involved in student’s activity and was the founder moderator of EWU Environmental & Social club (ESC) since its inception in 1999. Under his leadership EWU ESC organizes social support programs like rehabilitation of freedom fighters, providing livelihood support to disadvantaged groups, distribution of saplings among the EWU family members, etc. He also moderated the activities of EWU Rotaract club and supervised the EWU Prothom Alo Bondhushava unit. He has six juvenile short story books and one book on job market to his credits and he also occasionally contributes to different national dailies on socio-economic and leadership issues.

He has been pursuing the teaching and research career for the last twenty years.  He was a visiting research fellow of Japan Institute of labor Research & Training from January to -March, 2013.

In Exploring Resources, Life-Balance and Well-Being of Women Who Work in a Global Context. Springer. May, 2016